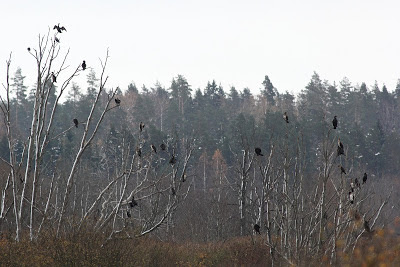 This month's helikoosolek features a return visit from biologist and nature recordist Veljo Runnel, who will present to us the revival and redesign of the online portal for Estonian animal sounds, Kõrv loodusesse (Ear into Nature).

The portal was launched in 2000, with as its main purpose the offering of online multimedia resources to schools. But as feedback has shown, the website has been used not just for educational purposes, but by many general listeners seeking a connection to nature when time or opportunity does not permit them to go there themselves. The website has had the same design and build more than ten years and with all the advances in web technologies it became apparent that it was time to modernize the Kõrv loodusesse portal.

In helikoosolek we will look at what has been done and why:

Plus a general discussion on topics such as:

Veljo Runnel is a biologist, but also studied psychology at the University of Tartu. He started sound recording in 1999, with as his main interests the sounds of animals and natural soundscapes, but also auditory perception in general and the interpretation of  the sonic world. He has been running workshops for teachers and nature interpreters for learning about biodiversity in nature, and also workshops in nature photography and sound recording.

He has released several nature sound CDs with The Estonian Fund for Nature.

helikoosolek:tartu is a regular gathering for the exploration of sound in all forms.  The meetings comprise presentations, concerts, workshops, discussions, and field trips pertaining to sound and its consideration in art, music, architecture, ecology, philosophy, social and cultural interaction, and any other context that presents itself. Participants are encouraged to propose activities or discussions on topics of their interest, or to present projects of their own for feedback.  Sessions take place on the last Wednesday of each month, from 6-8pm at the Eesti Rahva Muuseum.