After a long hiatus, Helikoosolek is back with a new series of sound-related gatherings in Tartu. For our first meeting of 2019, Helikoosolek founder Patrick Tubin McGinley introduced himself and his work, and performed one of his Echo Surveys in the attic space of Üheteistkümnes. Echo Surveys are a series of site-specific sound performances in which all sounds heard have either been recorded in the performance space, or are produced live from materials found there. It is an attempt to integrate and resonate found sounds, found objects, specific spaces, and moments in time, in order to create a direct and visceral link with an audience and location.

Patrick Tubin McGinley (AKA murmer) is an American-born sound, performance, and radio artist who has been based in Europe since 1996. Since then he has been building a collection of found sounds and found objects that has become the basis of all his work. In 2002 he founded Framework, an organisation that produces a weekly field-recording themed radio show, broad- and podcasting around the world. In 2005 he first visited Estonia, and relocated there permanently in 2009. His work is about small discoveries and concentrated attention; it focuses on the framing of the sounds around us which normally pass through our ears unnoticed and unremarked, but which out of context become unrecognisable, alien and extraordinary: crackling charcoal, a squeaking escalator, a buzzing insect, or one’s own breath. He works equally with spaces, objects, resonances, and people, in composition, performance, or simply collective action and experience, in exploration of perception via attentive listening.

Lecture part of the event was in English. 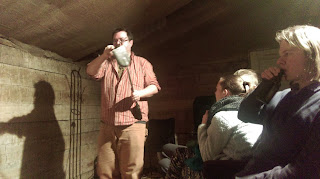 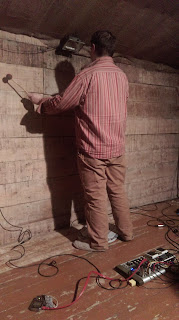 Patrick during the performance 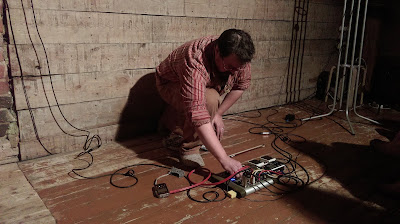