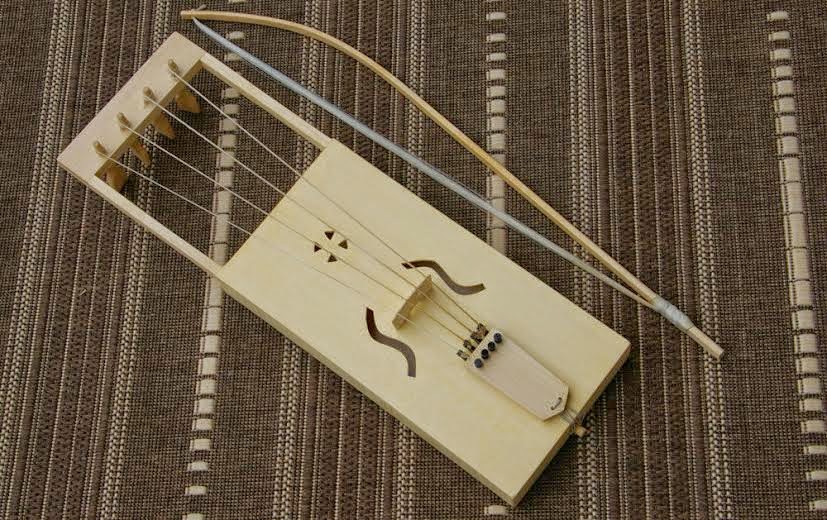 This month's helikoosolek features a visit from pre-eminent traditional instrument builder and musician Raivo Sildoja. Raivo will tell us how and why he began building instruments, and will demonstrate different tools and materials used in their construction. He will show us new and old instruments, as well as play some us some tunes on his own along with his wife, Krista Sildoja.

Raivo Sildoja was born in Pärnu, and studied in both Pärnu and Viljandi. From 1989-2004 he was involved with the folk music department at Viljandi Cultural College, first studying violin and hiiu kannel, and later working there as a teacher. In 2004-5 he worked as a freelance music teacher and musician, also working at the G. Otsa Music School teaching folk music and folk instrument history, and giving lectures-concerts through the Estonian Traditional Music Center.

Since 1995 he has been building folk music instruments, it being his exclusive employment from 1995-2005. He makes kannels, hiiu kannels, and maintains and repairs other string instruments. From 2005-2011 he lived and worked in Iceland as a music teacher, on the western fjörds in the village of Thingeyri. He returned to Estonia in 2011, concentrating again on instrument construction and repair. In 2012 he moved his workshop to the Mooste Manor, where he lives and works now at the Mooste Folk Music School.

For more information on Raivo and his work, visit his website at http://www.kannel.ee.

helikoosolek:tartu is a regular gathering for the exploration of sound in all forms.  The meetings comprise presentations, concerts, workshops, discussions, and field trips pertaining to sound and its consideration in art, music, architecture, ecology, philosophy, social and cultural interaction, and any other context that presents itself. Participants are encouraged to propose activities or discussions on topics of their interest, or to present projects of their own for feedback.  Sessions take place on the last Wednesday of each month, from 6-8pm at the Eesti Rahva Muuseum.